Can A Person Survive An Abortion? Ask Melissa Ohden 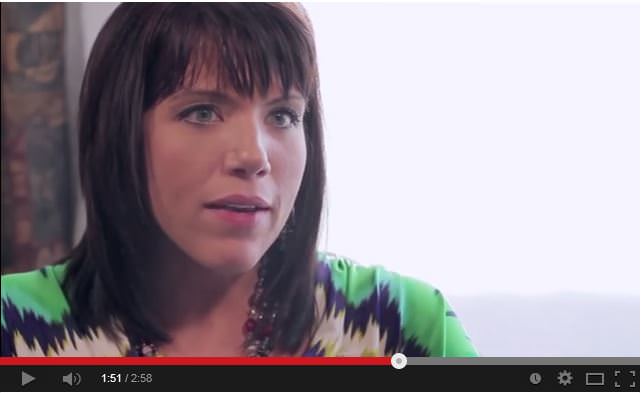 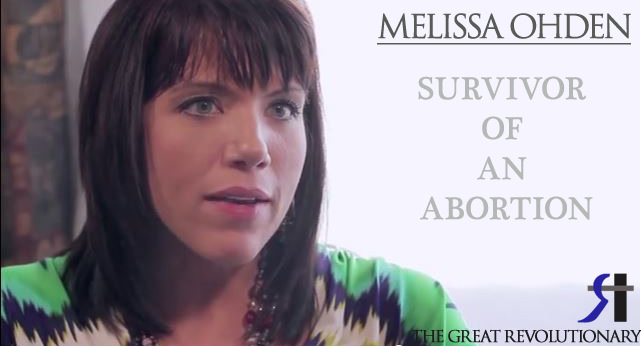 It’s a heartbreaking story – it is every time.  Every time you hear the word abortion and the numerous implications that follow making a decision to carry out this brutal medical practice.  For ex-mothers who live with post-traumatic depression, to doctors and nurses who carry out the procedures, and to the many unborn human beings we legally murder.  Yet another story is making its way around the internet, and we hope it won’t be the last.  Add to that list the implication of facing a fully grown, talking and walking survivor of an abortion.  Melissa Ohden happens to be a baby which was ‘aborted’, but the methods used were not strong enough to break her biology from fighting through the chemicals and making her a survivor.  What is it in human beings that propels us to want to live, the desire of life itself, which burns within us.  What is it in animals, or even the smallest insects and bugs, which strikes the feeling of ‘fear’ into them, the same thrust of energy which happens to be the elementary feelings of the ‘desire to live’?

Abortion in itself is a bad practice, but it only highlights a more predominant and wretched reality of our society – the EGO.

Anything to pass the buck, get a free meal, and not have to pay for being lazy, slothful, prideful, lustful and ignorant.  Were creating an army of animals, who are more than happy to get their food & drinks, fulfill all their ‘wants’ before any of their ‘needs’ and then come up with methods to escape the reality of life – that it will crush you for being so self-centered.  This of course is all possible only for one reason, the governments approval and subsidizing of this behavior.  Abortions are a ‘choice’ for individuals – simply because there is no one that could take the stand physically, they are denied any protection, and are now more or less the ‘property’ of their mothers (when does a father of a child have the right to prevent an abortion?).  I can say ‘property’ as if an unborn child was equal to a piece of garbage in our governments eyes only because our laws do not provide for an unborn child any protection as far as allowing the mother to kill it.  Therefore, an unborn child is just property, but what about a child already born?

Children once born are practically ‘property’ of the government and the amount of legal implications of rearing your child the way you see fit intimidates parents from raising their children.  Is it irony that a government that wants nothing to do with a baby before it is born then becomes overly protective of it after its arrived?  Why should any government which does not guarantee life for the unborn be allowed to then dictate to parents the terms under which that child should grow and learn and even demand from it services?  What is a government to do with a baby being born?

And so something which seems so complex due to all the propaganda and bumper stickers is really not so complex at all.  In fact it can be derived by a simple sequence.  That a fertilized embryo becomes the first step towards ‘life’, which ends at a fully grown baby. Conception (fertilization) is the first step to all human life.  And every single person reading this article can be traced exactly back to a point in time when conception had occurred.  After that in relative stages, you have a human being, even if not in form, but in reality, because the completed form of a baby is not the completed form of a fully matured adult, just as the completed form of the fetus is not yet the completed form of the baby, however, each form is equal upon the other, as they all produce the same result – a human being.  To amplify that reality to you clearer and in more dramatic terms, please explain to Melissa Ohden how she was not yet a human in her mothers womb and how it should have been legal to kill her, only because someone made a mistake and found a way to ‘solve’ it without taking any responsibility whatsoever.

How easy it has become to accept the killing of unborn children.  Society has become so indulgent and selfish that it allows the freedom to do as it desires but will go as far as murder to escape the responsibilities of its actions.

I encourage you guys to spread this video for maximum impact, especially to those people who are on the fence about it or may be considering an abortion.  We need to add as much support and information into the mainstream to prevent people from making these tragic mistakes.  The amount of evil surrounding the general medical practice of abortion is astonishing.  It has become a business, and not only that, but groups like Planned Parenthood have been found guilty of racial infanticide by promoting black mothers to abortion their children en mass.  Of course, there are many who stand to benefit from this development.  And it has become a business to promote a lifestyle in the black community which breeds unwanted children – because there are very successful individuals who stand to PROFIT from this.  The emancipation of the black community, just like the general population of the United States has to occur once more to free people from the grip of mass media propaganda and corporate control over social norms.  Studies after studies are being uncovered each day that talk about the controlled media and their malicious agenda to harm your mind and your body and enslave you to material things, including yourself.  Addictions and unsatisfiable desires are being force fed to people on a daily basis.  Even the most basic business classes speak about the absolute need for a clear goal and agenda and proper decision-making process to achieve the most revenue and profit from any endeavor.  Applying basic business knowledge to questions of abortion, prisons, substance-abuse, sex, weapons and laws you can derive the need for each of these areas to be heavily controlled by those with special interests.

You happen to be the object of their control.

Fighting against abortion is a step towards fighting for your own freedom and well-being.

To find out more stories like Melissa’s and fill your mind with more great information and insight visit Signal Hill’s Youtube Channel and watch their great videos!

I'm Addicted....And You Should Be Too! The End is Near (My Washington D.C. Life)