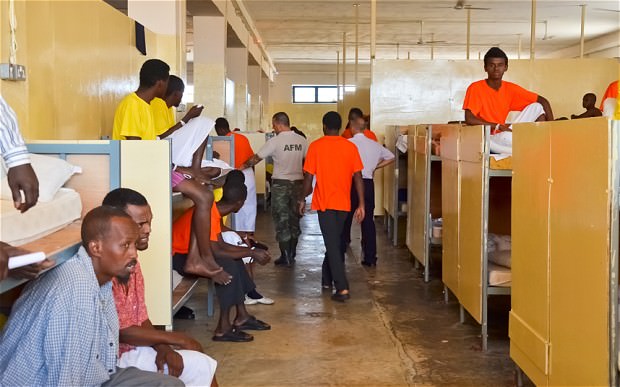 The EU Summit was this week and there was a whole list of agenda items. Of course, until the US accusations on spying surfaced from Edward Snowden. The US is accused of spying not only on South America, but also now on Europe and its leaders. How does this relate to Malta? Well it’s because immigration was supposed to be discussed at the EU Summit, but now its put on hold. The Maltese government is highly disappointed of this decision. 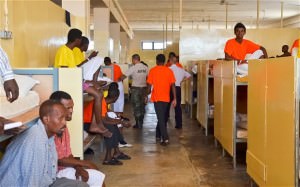 The EU Summit in Brussels has been occurring all week. Fortunately, the EU Annual Summit in Brussels is not like the GA Summits, which are typically viewed as inefficient since the U.S. usually does not and cannot agree on most resolutions. Furthermore, world leaders are “promising” verbal agreements on whole array of issues that their nation needs to fix, but in reality are just words and no action. In all due respect to the U.S., the U.S. Congress actually has to approve these resolutions or promises, not the President; leaves the President and other world leaders to have many photo-ops and free luxurious dinners paid on behalf of their citizens. However, the EU Summit seems different and more narrowly focused; for one I had high hopes for it and two, it involves a smaller amount of countries in the world that all have one purpose; to serve all EU citizens. However, in all due respect the EU Summit now has a new item on the agenda that is taking up most of its the time; U.S. spying accusations and revelations that the U.S. Spying Agency, NSA has bugged German Chancellor Angela Merkel’s phone, took hundreds and thousands of French emails and phone calls, and spied on other EU leaders. So much for a great Summit! While there are important issues to discuss of what they wanted to talk about at the EU Summit and what they are now, I want to discuss one HUGE topic; the EU migration problem that affects my country, Malta.

Malta is a small, three island nation in the Mediterranean Sea. It is located between Sicily and Libya. Malta is only a 121 square miles, yes I said ONLY 121 square miles. In 1995, I first visited the region and I can say there was no noticeable migrant problem. Since 2000, when Malta officially joined the EU; drugs, violence, and a migrant problem came into existence. Currently, it’s only getting worse. Just this Friday morning off the coast of Lampedusa, which is an island that the Italian government recognizes as there sovereign land, some 800 migrants were found in five boats, mostly women and children. Many of these migrants originated from Eritrea. However, migrants typically that get processed by the Maltese and Italian government originated from Somalia, Eritrea, Syria, Sudan (South and North), and Libya. In the past decade, Malta has received over 17,000 illegal migrants. 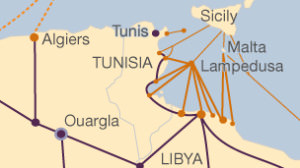 Maltese newly elected PM; Dr. Joseph Muscat wasted no time at the EU Summit and presented an agreement with six other EU nations to solve the migrant issue. Dr. Muscat realizes that Malta is not only suffering from this issue, but Amnesty International, a predominate human rights agency decided to tell the EU that they are mistreating these migrants. So Amnesty International, why don’t you then go into Malta and fix the migrant problem? What is your solution? The island is over populated as it is! Remember, it’s only 121 square miles in TOTAL, not over 1000 square miles. Oh and we have a population of over 400,000 according to news report by the Telegraph. (http://www.telegraph.co.uk/news/worldnews/europe/malta/10192458/EU-immigration-Malta-is-the-smallest-state-and-we-are-carrying-a-burden-that-is-much-bigger-than-any-other-country.html) Amnesty, you’re lucky, because back in June, the EU Humans Right Court said PM Dr. Joseph Muscat was violating law that he was not considering asylum statements, rather just sending these new migrants that were found off the coast of Malta and sending them back to their respected countries. Mr. Muscat said, “These numbers are not sustainable; the EU needs to help out more.” Malta is the smallest country in the EU and it has been more than generous during Greek bailouts, yet the EU is not helping in these efforts. I see this as completely unfair treatment. Where is the reciprocity in all this?

When Malta rescues these poor migrants from these wore torn countries, they are processed through a detention center, which is located out of the Village of Luqa, the home of the Maltese International Airport. The typical process is initiated by the Armed Forces of Malta, which take asylum statements and process these people, which can sometimes take up to 18 months. However, Malta is more than generous and they feed these people and there have been no claims yet of any kind of torture even though EU Human Rights court and Amnesty International has said Malta and other EU nations treat them unfairly. As I am an advocate for Human Rights and against torture, Malta and other EU nations are not just going to open their borders up to people who just arrived. There has to be a process and a facility to hold these people. If the law of the land states that people must be arrested if they arrive in the country illegally, then that nation has a right to, but there needs to be a process or pathway to citizenship.

Malta is simply demanding the need for more resources in this effort to tackle this migrant issue. Dr. Muscat is not waiting till next May or June to see if the EU has changed their policy. He wants answers by December of this year. He is appalled that the EU is aware of thousands of people drowning every year off the coast of Malta, because the lack of inaction done by the EU and its migrant policy. Dr. Muscat understands that these people want political asylum, a better life in Malta or Italy, and to get away from the fighting in their respected countries. However, he cannot and will not grant everyone political asylum. Taking the blind approach is wrong. Recently, Dr. Muscat help draft the Malta-Italo-Greek (MIG’s) which another six member states have joined in the effort to tackle the migrant issue. In the context of any EU council meeting, when nine or member states that sign up to any agreement, it becomes a critical issue for the council to discuss and make recommendations to solve the issue brought to the table. The draft resolution calls for sympathy for all the boat people deaths that have occurred this year and in the past. It also calls on for the protection and prevention of future boat disasters, and harsher punishments for traffickers bringing these people into the EU illegally. The resolution wants the UN offices of Human Rights and Migration to work with the EU to have set of cooperation’s and outlines on what improvements can be made in the countries these migrants are originating from. Lastly, it sets up a EU migrant task force to submit reports frequently on resources to survey and patrol sea routes through an operation and agency called Frontex, more cooperation between countries of origin and transit, and move these migrants more equally across of the EU and not just leave them Malta or Italy.  Sadly, the EU is only planning on talking about immigration in June, which Dr. Muscat claims that many more disasters and deaths will happen from now until then.

Some brief background about Frontex. They state they promote, coordinate and develop European border management in line with the EU fundamental rights charter applying the concept of Integrated Border Management.

Frontex helps border authorities from different EU countries work together. Frontex’s full title is the European Agency for the Management of Operational Cooperation at the External Borders of the Member States of the European Union. The agency was set up in 2004 to reinforce and streamline cooperation between national border authorities. (http://www.frontex.europa.eu/about-frontex/mission-and-tasks)

Dr. Muscat has outlined three further considerations, which I took from the Maltese Independent Newspaper published on Friday October 25, 2013:

As I presented you the background, facts, and other ways the EU and the Maltese government wants to fix this problem, I will give you my ideas to fix this complex issue.

This is a conflict resolution problem, an issue that can be fixed, but filled with complexity. It first needs collaboration among the EU central government in Brussels, Frontex, and the Maltese government. If the parties do not talk, then no solution will be made. As much as I love those Italian’s (Mambo Italiano), they have their own agenda at the end of the day. Italy has a bigger land mass and has a teetering government, thanks to Mr. Berlusconi and his bunga bunga parties. Malta has its own agenda and clearly a land mass problem. Malta then needs to outline its issues and solutions, which it has above like I stated. When Malta receives more resources from the EU government, then Malta should no longer work with the inefficient Frontex and take over through its Armed Forces patrol on its own waters and decide what process they want to take regarding asylum. Having clear guidelines such as:

Next, Malta should cap a number of migrants per year it will take and grant them asylum so they can begin their new lives in civil society, but they must take an oath to the Maltese government and assimilate to its laws and culture. If the Maltese government decides that it does not find it in the best interest of the person or family staying, Malta should then be able to submit its findings to the EU central government to recommend a place or places in Europe that these people would like to immigrate to. However, I do not want the Maltese government to decide blindly to send back these migrants without any process, because in all fairness there is a safety issue, they lack freedom from their country, and lack food and water in order to live healthy. The Maltese government needs to step up its diplomacy, be more represented at the EU central government, and be more aggressive regarding its pathways or suggestions to a solution. Malta will remain contributing through soft power, i.e. education, foreign aid, and health supplies, but it needs desperate help. Lastly, the EU needs to see this as reciprocity; if EU cannot help Malta then Malta should start with holding money to give to other nations as collateral. Malta needs to pay hard ball and make some deals.

Dr. Muscat is doing a great job and as much as I love the EU, the EU must see immigration as a COMMON problem. 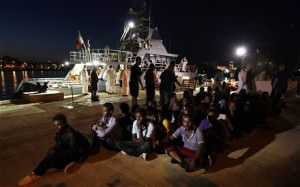 God Be With Ye or GoodbyeMilton Friedman: Escape from Collectivism (Friedman Destroys Elites)