The Great Revolutionary Blog Latest Japan and China; Foes of the Past, Present, and Future

Japan and China; Foes of the Past, Present, and Future 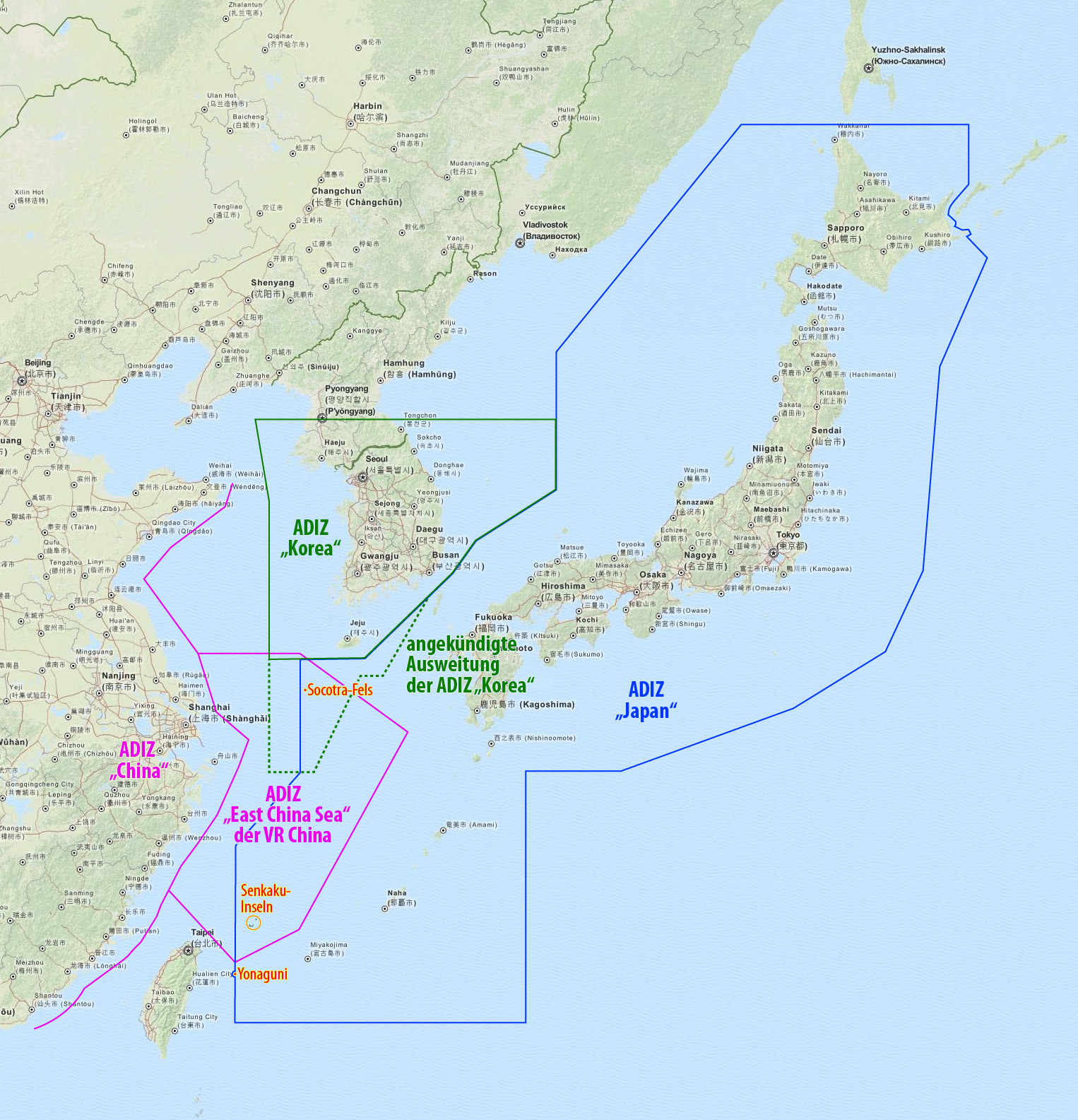 China and Japan, two great countries with rich history, but yet hard to get along. Here is just one example why; the recent ADIZ airzone announced by China that changes the airspace in the region for both military and commercial aircrafts. 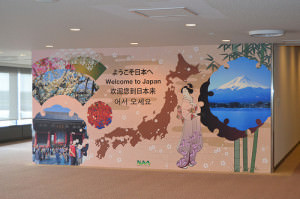 China and Japan are two amazing countries in the Asian continent. China and Japan are both big economies and are only growing. The ongoing trouble with China in the Asian region continues. No, it’s not an economic war with the United States, or about more workers from Foxconn committing suicide. Instead, this is about China trying to be the major player in the Asian region by creating an air zone for all types of aircrafts to request special approval from China in order to enter this zone. In defiance, the U.S. shortly after this zone was announced flew two B-52’s in this zone unannounced. Besides the United States being concerned about this special air zone, China is initiating a tit-for-tat like situation directly which effects the island nation of Japan. Ironic thing, Japan and China have always not been on the best of terms; they are like neighbors that can never seem to get along in various ways. The Sino- Japan war with China is a whole history lesson in itself.

China later this year as introduced what is called the China Air Defense Identification Zone (ADIZ). Many of you know I imagine have heard about this zone and this zone is only making problems in the region. However, what is an ADIZ? Does it matter and why are the United States and other countries making such a big deal out of it, especially Japan? I am not going to discuss about the Sino War between Japan and China, rather I am going to discus in brief why this at all matters. 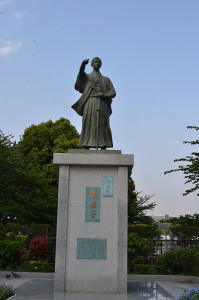 First, according to Foreign Affairs an ADIZ is a publicly defined area which extends beyond the national territory of that country which is setting it up. This is where an unidentified aircrafts which are flying in this zone are to be interrogated and may be intercepted to identify them before crossing in this so called “sovereign airspace.” There are many countries- Japan, Norway, Pakistan, S. Korea, UK, and Taiwan- that have ADIZ’s so it is not a new concept. For example, I know that Lake Michigan has certain areas which are deemed no fly zones due to military operations. Sure, you can say there may be benefits to these zones, i.e. transparency, but on the flip side it can create unnecessary tension, even though the Foreign Affairs article states that these zones are not about politics or law. ADIZ zones extend out to international airspace, even by countries maintaining these zones, but it gives that country no rights to control these regions, since this is technically international waters. Yet, in my opinion if one ADIZ zone that extends 400 miles out from the California coast is not respected, you think the U.S. is not going to do anything about it and say it will not partake in protecting the U.S. and the zone? I do not think so; the U.S. will say they have rights to defend this zone. Therefore, having the same basis for argument, China then has a right to set this zone up right? Yes, they do and no they do not.

China is a sovereign country, they have rights too. They are not some country like North Korea that is closed off or a huge threat to the U.S. and the world. Well maybe in economic terms, they could be a threat, but I am going to just stick to one topic. China did not create this zone just for security for their country, but to have greater control in the region. Think for a second, Japan has much closer ties with the U.S. than does China. Japan is a country that holds elections, have more freedoms of the press, and freedom of speech; China is communist controlled nation, limited free press and even free speech minus the Hong Kong region and some reforms the Chinese government is starting. When it comes down to it, U.S. will bail out Japan first before they do China, even though China owns the U.S. in economic terms, i.e. funding wars.

Japan has a reason to be concerned. Just look at the image below, this no fly region can effect commerce between other nations in the region and also where would Japanese citizens safely fish and also send in ships? Sure this is an air defense zone, but do you really think China is also not going to control the waterway with Chinese naval ships? Japan has a right to be concerned also concerning its commercial aviation flight paths that have daily flights to many countries in the region including Hong Kong, South Korea, and yes even China. There has also been a lot of tension when China has flown their military jets very close to southern Japanese islands, scaring its citizens. You can see that there is a lot of concern. 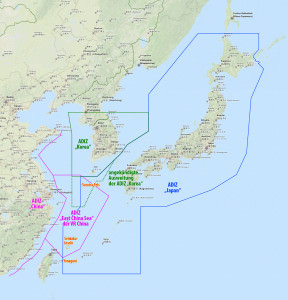 Both China and Japan are increasing their defense budgets. For example, Japan has a one of the most advanced and technological Navy’s besides the U.S. This year alone, Japanese spent more than 4.9 trillion Yen in its military, while China spent close to its “undisclosed” $200 billion. Not only is China catching up to Japan’s technology and military, Japan is also doing joint training with the U.S. Marines and trying to introduce some sort of “defense planners” to protect its outlaying islands of the North and South, which China keeps flying closely to and also performing military maneuvers. Japan even did special surveillance on Chinese forces to make sure they were not in too close proximity of their territories. According to war and intelligence analysts, even if both sides showed restraint, there still will be an invisible conflict present. I for one agree with this assessment.

In my studies of Conflict Resolution, both sides with a neutral party, not the U.S., need to start diplomatic means even if they are indirect talks initially. Yes, the Sino War happened, and other bad things happened on both sides that affected the great citizens of these respected countries, but this is the past. Both sides are not showing restraint. Here is a direct quote from PM Shinzo Abe, “We will express our intention as a state not to tolerate a change in the status quo by force.” This is an example of Japan being forceful through words. China is doing something similar by its new president by increasing its spending in its military and announcing this ADIZ. This will create parities in and out of the region, including the U.S. to be involved in this conflict between China and Japan. In a sense, the U.S. has an extreme interest to be involved in this region and conflict. Yet, the U.S. creates a balance between both sides and its diplomatic ties. In another sense, the U.S. has to be involved because dating back after World War II, the U.S. controls Japan’s military. On the flip side, in terms of economics, China has allowed the U.S. to borrow billions of dollars to fund wars and other means. This allows China to have some control over the U.S. and its actions. If and once these talks happen, it may alleviate some stress and conflict in the region. If no diplomatic talks happen soon, both countries will continue to play this tit-for-tat game for who knows how long. If one side reads the other side wrong, this can exacerbate the conflict. Hopefully, no real conflict will happen, but both countries will continue to make their respective military’s bigger and want to dominate the region through flexing its military power.

Video: 2013 Boston Christmas Light Show @ Quincy Market Calling All Singles: How to Meet Your Match! Revealing and Funny Sermon on Finding Your Partner