The Great Revolutionary Blog Featured Japan in 2014 – Will This Be Japan’s Year? 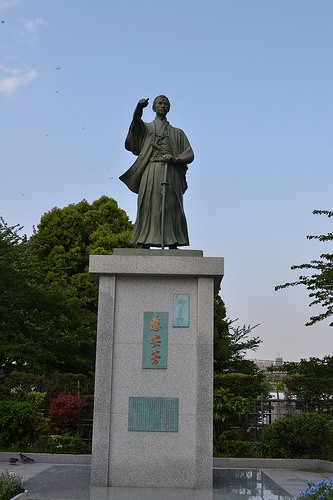 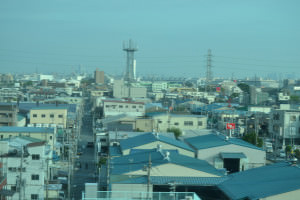 Late last week, I attended one of the most interesting, scholarly events that highlighted a region and a country that has been in the news lately. No, I am not talking about Egypt or Syria, but Japan.  The event was held at the Carnegie Endowment for International Peace, a think-tank facility located in DuPont Circle in Washington D.C. It was an all day symposium called, “Japan in 2014: A Look at the Year Ahead.” It featured two main keynote speakers and two distinctive panels. This is very significant because, Japan is heading into a different direction, compared to about a decade ago. There are many reasons why this may be occurring; PM Shinzo Abe working aggressively to recover from hyperinflation and the increase in tourism and businesses relocating to the land of the rising sun.  This year, the Japanese Legislature as known as, the National Diet, has one busy schedule. The agenda mentioned at the event was quite remarkable compared to what the U.S. Congress wants to do in one year. I am going to highlight a few issues on the agenda which Japan wants solved by the end of 2014. Furthermore, I will discuss why these issues matter a great deal to the people of Japan and why you should be concerned. 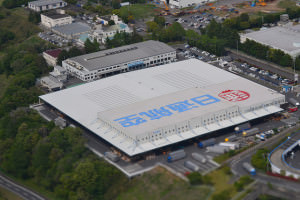 The summer Olympics in 2020 will showcase Japan; meaning more business for Japan in terms of tourism, hospitality, and food. Japan wants to show the world that they mean business and the Diet is creating ways to get rid of the high taxes imposed on businesses that relocate to Japan. Also, the PM wants to create more competition by bringing more aggressive business’s to Japan and alienating the weaker ones. He basically wants to eliminate excess capacity to bring new industries into Japan. This is in relation of what is an upcoming debate about the tax rates.

The tax reform debate is huge in Japan, especially in 2014, since Abe and the Diet are proposing to have an increase in the consumption tax from 5% to 8% in April. In 2015, the rate will increase from 8% to 10%. Sure, this creates money for the government, but will the public support this or will more opposition parties and citizens protest in defiance of this new plan? This tax plan can effect even how the household operates and will further drive how Japan operates by overworking people and into human “machines.” One lady I interacted from the Narita airport when I visited the nation said that, “Japanese people are overworked and prices are too high, that is why many young Japanese are leaving.”

Men may be the foundation of the house, but women operate the household. PM Abe wants women to be influential in the Japanese workplace. He is proposing by the year 2020 for 30% of the leadership positions and 1/3 of the government officials to be held by women. Only problem is the culture of Japan is quite different than the United States. In the U.S. women can take a maternity leave and would still be employed by the company and her position would not be lost.  In Japan, there is a THREE year maternity leave and if a woman is working before pregnancy and wants to return after her baby is born, her position is more likely already filled and she is left unemployed. Instead, they would put her at another position that may be significantly lower. Keep in mind, the culture of Japan is a male dominated society and most women work in the advertising industry or jobs that are labeled as unskilled labor.  Another factor is the long working hours. In Japan, men typically work about 14-16 hours per day.  In return, they are exhausted when they get home and have very limited time to spend time with their children or family. That is why honor is so important to the family. Therefore, the job to raise the child and take care of the house lies with the Japanese woman. Therefore, how can a Japanese woman work and also have to take care of the child? That leads women to stay at home while men work 14 to 16 hours a day. I am not making this up or over exaggerating these working hours. I had several Japanese professionals tell me they are over worked and cannot spend any time with their family. According to Fiji Networks, more than 60% of women quit their job or never return after the first baby, even after graduating from the university. These are heartbreaking numbers, but they are not made up.

All in all, Abenonimcs according to many analysts is working for Japan, but only time will tell and also it depends on whose point of view you are referring to.

2. Military and self defense– Let’s face it, the Japanese military is getting stronger and China does not like this. Refer to my previous blog post on a more detailed analysis on this topic. I will say that PM Abe wants to reform the self defense act. However, if Japan were to have a right to self defense, (I believe countries do have a right to self defense if the means are justified), then what stops Japan from attacking China, even from a small intrusion? Fortunately, PM Abe did promise the U.S. government that the Japanese military will not attack and PM Abe would keep a cool head. Instead, he wants to handle China in a non-hostile way. However, actions speak louder than words, and in my opinion, PM Abe has made tensions worse by provoking China, but so has China by creating an ADIZ too close for Japan’s comfort.

Therefore, the topic of self defense is very important, since it was last updated in 1997. The U.S. wants Japan to work more with them and with the passage of the controversial Secrets Protection Act this dream of working together is becoming a reality. Many Japanese citizens do not like this, since it gives Japan the right to take intelligence information the Japanese government collects and easily share it with the U.S.  I see this as very reckless for Japan to decide to share information so easily. The Japanese government could easily justify what information to give out and what it wants to keep secret. It is surprising to decide this even after the whole Edward Snowden breach when he has told the world what the NSA in the U.S. is doing to American citizens and how they are spying. There is nothing controlling what the U.S. wants to do with all this intelligence. Furthermore, there was the creation of the National Security Council in Japan, which allows more joint meetings and military exercises. Also Japan is getting new military capabilities including, but not limited to, missiles and radar systems.  This could easily make China and South Korea uneasy, but Japan wants them to have uneasy feelings.

3. China and South Korea relationship- Japan, South Korea, and China may be close in proximity, but they do not all get along. In fact, PM Abe said in his first term as PM that he would not visit the Yasukuni shrine that has a memorial for all the Japanese war heroes (or criminals, depending where you are from). Recently, PM Abe did visit the shrine to pay tribute to many of the other people that were involved in Japanese wars, not the controversial figures like people assume he was paying tributes to. The Sino war is still on the regions mind; even though Japan has repeadtly apologized for its actions towards South Korea and China. This visit has affected South Korea in such a negative way; meetings with officials from both sides are cancelled and will not be held anytime soon.

What do I think? I think eventually relations with China will not get better for a longer time compared to South Korea. The reason why is say this is because of the elephant in the room; North Korea. If North Korea does something in defiance to show their military strength, South Korea and Japan may work together in isolating North Korea, which could makes both countries have improved ties. Remember, North Korea has tested nuclear missiles over Japan and this makes Japan uneasy. Even last year, North Korea purposely tested missiles over Tokyo, creating a radiation cloud over the whole city for its citizens to be exposed to radiation.

There is much more Japan wants to accomplish this year. However, these are the main topics that will be discussed this year in Japan and not only affect Japan, but the rest of the world too. Only time could tell if Japan will become a better country out of all this, or go back to what it used to be; a country that is in rebuilding mode in the post war era and struggling to keep people from leaving this great nation. With a low birthrate and economy still in stagflation, it has a long ways to go.

Calling All Singles: How to Meet Your Match! Revealing and Funny Sermon on Finding Your PartnerUkraine Revolution: Interview With Young Supporter Of 'Right Sector' From Western Ukraine