Dear Mr. President, We Need To Talk. What If We Applied Obama's Foreign Policy To Our Domestic Policies? Are Revolutions in Syria & Ukraine A Green Light For US Citizens? . 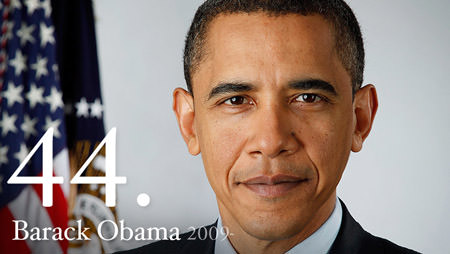 Dear president Obama, we need to talk. Although I completely understand that addressing you directly makes no real sense, by doing so I feel as though it speaks to all those to whom my letter applies. I follow politics and am especially interested in foreign policy. America to me is a place of amazing opportunity, good, kind people, and a country of people who admire and respect truth. Lately however, it seems there has been a serious divorce between the nation and the people guiding it.

I follow what you say president, it means a lot, because you speak for all of us here to the rest of the world. With each speech however I find myself more confused and lost, seeking out a logical connection between what you say, and what our foreign policy does around the world. You would know that the world watches our every move, and many countries expect America to be the place of ideals and impossible realities becoming attainable dreams.

I had thought you to be a leader who is against rebellion, and against civil unrest, including revolutions. When Republicans tried to sabotage your widely hated Affordable Care Act you spoke out with such reverence to falling in line with your government, and in your words, to ‘win an election’ if you disagree with your government, but never to ‘break it’. I suppose that makes a lot of sense, considering that force and violence is the last resort of any conflict. And mostly, that violence does not solve the problems. When I heard you speak then, I thought you were against sabotage and against breaking government. Then I looked at who you supported around the world and I had to step back.

Why does your administration send moral and financial support to Syrian revolutionaries (rebels, terrorists, freedom fighters, and whatever have you)? There are many armed conflicts around the world, ones which do not involve Al-Qaeda affiliated fighters. Ones that are not civil wars which happen to be rather exclusively limited to the internal affairs of sovereign nations. How do you side with open armed rebellion against government? This strikes me rather hypocritical in fact, because the logical conclusion to the support of revolutionaries will eventually carry over to domestic affairs and policy. Must I ask you president if you would also support an open armed rebellion against your government? Would it be romantic and can we label the militias as freedom fighters? Why is it OK for Syrians to kill government workers, shoot at the police, and attack the presidential quarters but Americans must give up their guns completely?

There are senators in your party also who like to refer to Americans as “home-grown terrorists”. Do you agree with Senator Harry Reid in his use of the word “terrorist” to label activists and protesters? Does this align with your early Socialist upbringing in Chicago or your liberal curriculum at Harvard?  Did you ever think we would get to the point where our very own citizens will be slandered by the government as terrorists because of their staunch anti-government positions? Mr. President, do not think we forgot you were one of the few wise men who stood against the war in Iraq. Many people called you a traitor and a coward. Should you have been a target for your solitary position on invading far away countries on “trumped up pretext”? Do you want to live in a country where the word terrorists can be thrown around like a piñata in any which direction? Then tell me, please, why do we label some people terrorists and others freedom-fighters?

When the Maidan protesters in Kiev, Ukraine were rebelling against their government for 3 months you said they were ideal democrats. When Ukrainians in Western Ukraine walked in city council meetings with Ak-47’s, when the prosecutors were humiliated and attacked, when mayors were kicked out of their buildings and put on their knees you said this was a democratic process. You supported one side of the political struggle in Ukraine, you made it clear, that protesting against the government is an American ideal. So please explain to me how protestors in Eastern Ukraine became terrorists overnight for protesting against the criminal behavior of the new Western Ukraine revolutionaries. I thought you supported people picking up arms in Syria, why is Ukraine any different? How then do you say it is OK to send an army against citizens of one’s nation? President, are you telling me you would have no problem sending tanks against Americans in the US? It used to be that diplomacy was a cherished art.

I understand America has its national interests. I do not think it is beyond anyone that there are moments when hard decisions have to be made. As a citizen of the US however I am lost as to what our government believes in, to what our ideals are anymore. Are we against revolutions or are we for overthrowing governments? We supported the removal of Gaddafi, why? He was brutalized and murdered without a trial by rebels, his body put on the floor of a building for people to go and look at. Is this barbarism something we promote; is this what the American people stand behind? In our country no one has the right to take the law into their own hands and administer it. This is because even those who are suspected of the most heinous crimes must be represented before the courts, they must have representation. This makes our country beautiful, yet painful at times. But that pain makes us stronger as we develop more knowledge on how to administer justice properly. How can we send money to people who execute others on the streets? Groups who execute heads of state with no remorse? It seems our foreign policy has lost all control over its mission statement, over the ideals that Americans stand behind.

You cannot represent us Mr. President, because your positions stand at odds with the ideals on which this country was founded. Americans want peace, and we also want to be respected around the world again, for bringing good things, for promoting justice and liberty. I’ll still be waiting for answers, searching out your words and actions, in hopes of finding the glow of a moral leader, with a clear position, that does not pick and choose between good and evil and is equal in its standard around the world. Send the American people a clear message.  When can the American people too, finally, join your wife, in saying we are proud to be Americans again?

Are You A Great Or Grand Thinker? The Answer Is In SalesThe Ukrainian Question In Regards To Japan And US-Russian Relations