The Great Revolutionary Blog Latest The Story About Everything: Chapter 2

The Story About Everything: Chapter 2 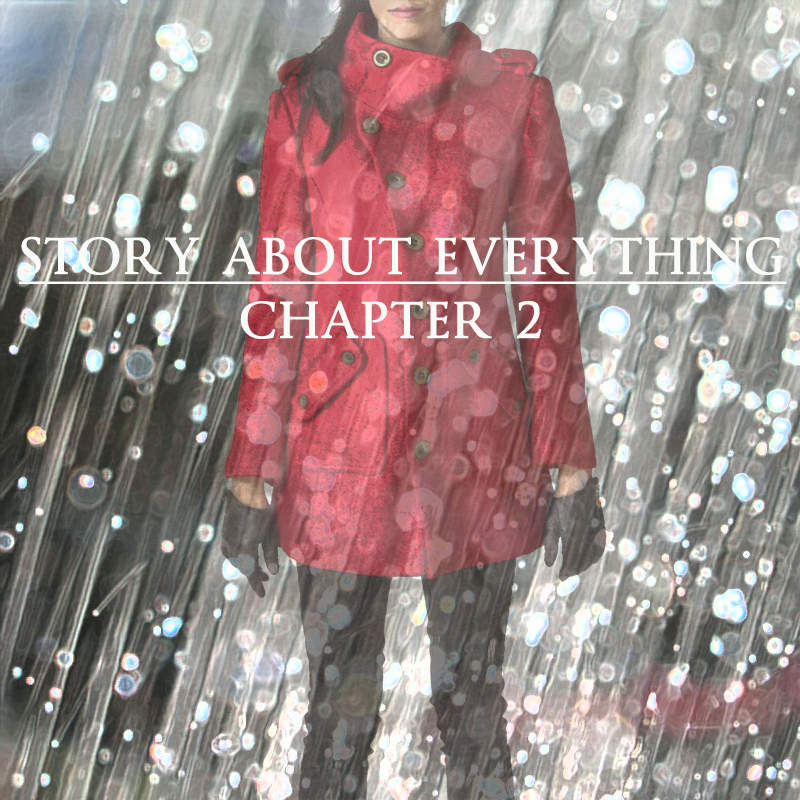 Her gaze was set straight ahead with cold gripping eyes. About 10 feet away there was a bush sitting atop a rock which was followed by a thickly populated dense green forest. Without any movements and barely breathing she tried to comprehend what exactly she heard – was it all in her head? Could I be making it up – she thought. But it was certain that someone said “Alice”, and that person was not her. The bush was completely still as though the rain and wind had no effect exactly where it stood. Coming to her senses, she quickly took a glance at herself. Her hands were completely muddied, knees spotted with dirt, coat and clothing completely wet & heavy. No, she thought, her mind was certainly losing grip of reality, she needed to go home. Her shoulders slumped down heavily and her body posture turned frail and weak. Her arms also dropped to her sides. Any power she felt moments before escaped somewhere far away. Weakness took over. A single tear ran down her face and stopped mid-way down her cheek. The rain had now stopped and the sky began to lighten up. A dry air blew past her gently lifting up her hat slightly and placing it perfectly back on her head. Then, in some sort of miracelous way a ray of light reflected from her tear to something in the bush momentarily causing her to frown and turn away. She quickly recovered and crawled over to the bush until her head was exactly above it. Using both hands she parted the thin stubborn branches to see what, if anything, may be at the bottom. There, on the floor of the bush was a pebble made of gold, glowing from an unknown source of light. Her eyes widened with amusement as she processed all the desires to pick it up. The storm had withered down and she began to feel like herself again. As she went to pick it up the mud began to quickly dry and crumble from her hand until a layer of smooth white skin showed. It frightened her at first and she snapped back her arm without taking her eyes off the pebble. She leaned in again, this time much closer and looked at the object. It’s outside layer was perfectly clean and smooth so much that she could see her shadow on its walls. It was absolutely stunning and bewildering. What could this thing be, and to whom does it belong? So many questions could have been asked in this specific moment, but none were more important than the desire to hold the pebble in her hands. Its attraction was overwhelming, it was near impossible to turn away from it. She was so consumed by this pebble that she did not notice anything or anyone about her, paralyzed by its energy. Her hand, almost by inertia began to slowly reach for it, however still scared with curiosity of what it could be. As soon as she would get within a fingers length it became unbearable and she jerked her hand back, breathing heavily and mustering up enough courage to just take it with force. She would do this three more times. Nothing else mattered anymore. Her mission was to attain this pebble for herself and be consumed by it. To find out what she could about where it came and who was its owner. What kind of mystery could lie within this object she thought. Who would look for it? That thought shook her more than the others. Did it matter at this specific point? Not a single thing stirred about her, the entire world paused itself to give her enough time and place to fully take this moment. Deciding that she will just go for it, her hand creeped steadily but surely for the last time. Within a hairs widths of touching it a yell cracked through the forest,

A Story About Everything: Chapter 1My DC Life: Informational Interviews & What You Need To Know