The Great Revolutionary Blog Writers Block A Story About Everything: Chapter 1

A Story About Everything: Chapter 1 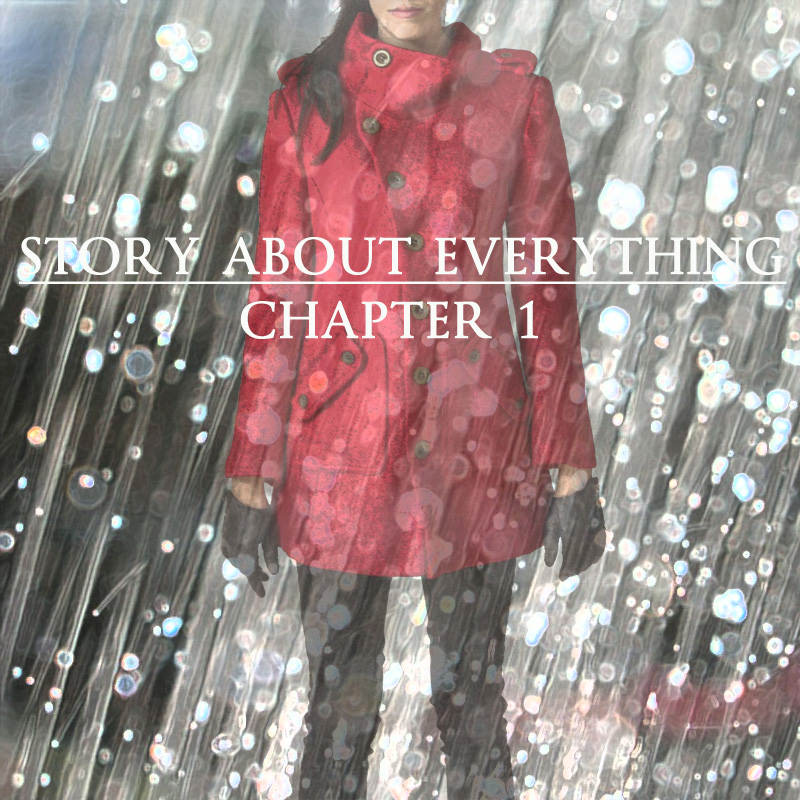 Her thin fingernails were lined with dirt, hands blackened by the ground itself.  She carried a book in her right hand, a stout hat with a button on top and leggings.  Her body was wrapped in a red wool coat that went slightly beyond her hips. 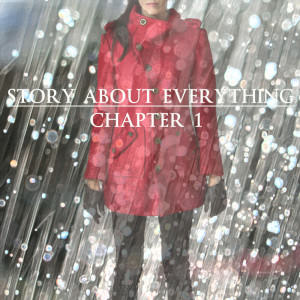 One ring could be seen on her right middle finger and a golden cross chain which barely showed itself when she wore a V-neck.  She has brown hair bundled up on her head, otherwise long and straight which goes down her back.  She is neat, put together and modest.  A flush pretty face with an acute nose and fragile expression.  A lock of hair has come out from underneath her hat resting on the left side of her face, going down past her jawline and blowing across her red cheeks.  At this moment the blood in her system is rushing about, burning her fingertips and making her lips glow red.  It is beginning to rain steadily, and up until this moment it has been cold and wet outside.  Her wool coat is heavier than usual, the book is already damp.

On the outside it is grey and rainy, but she is too preoccupied with her thoughts and the emotions which stir in her to notice.  Again, she jumps down to the ground and begins to search in the dirt, muddling her hands more than before.  Small rocks cover what appears to be a softer sandy mixture, however still hard.  She keeps digging in with her nails pulling up sand and rocks.  Both hands scan the circumference around her.  Her hazel eyes show signs of impatience and anxiousness.  The rain makes it difficult to keep a steady focus.  She continues to grasp at piles of dirt increasing her fervor and intensity and shows no signs of letting up.  It appears that whatever she is looking for is of some dire importance and cannot wait for a better day.  That, or she simply cannot pass in her thoughts the idea of risking time and space to come back later under more suitable conditions and continue looking.  Yet the more invested she becomes with the search the harder it becomes, and, appears to be rather futile in the current time.

She scolds herself consciously for being in this position in the first place, that a girl like her should not allow for such silly mistakes, especially misplacing or losing anything, even more so things that do not belong to her.  The more she continues to fight the search the greater the forming clouds and rain increase their presence.  Large drops of rain now shatter themselves all around her, carving small holes in the sand and mud she had just recently uncovered.  She rests on her knees and hands fighting the thought to get up and seek refugee from the weather.  Her thoughts battle each other, on one side to give up the search, the other to not give in and keep going.  Yet there is a voice in the back of her mind that casts doubt on her effort.  The time is not here nor now it says.  But how can it be she shoots back, how?!  A little bit of effort and a lot of luck and everything will be okay.  A few more feet one way, a few feet the other, and I’ll find it.  This doubt however is creating a storm like the one outside within her as she slows down her movements and comes to a complete stop, facing down at the ground beneath her.  Time now rests on her shoulders, it escapes her notice.  In what seemed like a standstill of time she snaps back to the present, completely forgetting what she is looking for.  Her eyes run about the ground around her trying to remember what was so important to her.  A cool chill runs down her spine, her cheeks turn pale, lips a rosy pink color pressing together.  The one strand of hair just resting mid-air pointing directly down.

She throws her head up facing forward as her nails dig slightly into the ground as if she’s about to spring up and run.

Great Revolutionary: A Few Famous Faces When They Were Young From Revolutionaries to WritersThe Story About Everything: Chapter 2