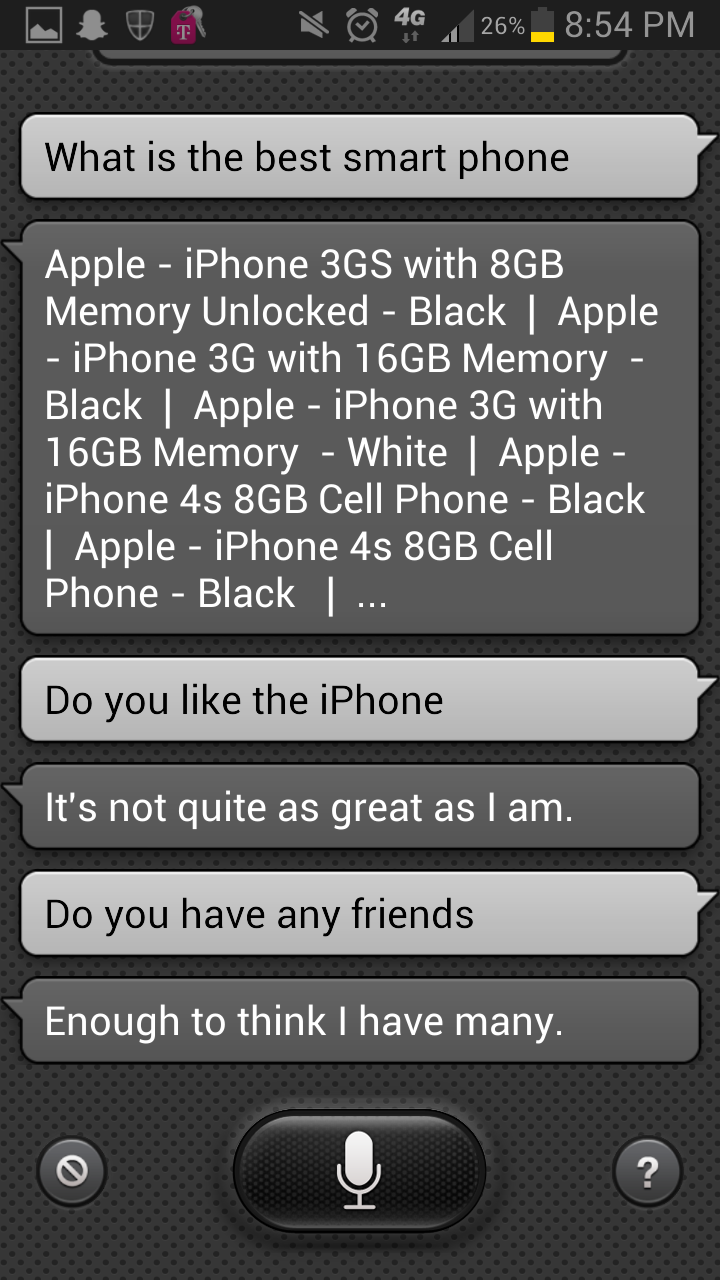 I couldn’t let this gem of a major technical glitch slip past my so fortunate to catch it moment.  I was playing around with the phone showing a few of my friends kids the S-Voice feature and various commands it responds to.  And as expected the kids and I wanted to see how funny we could get by asking the Samsung Galaxy S3 (III) various questions non-related to commands.  From what is your name, to do you have any friends?  I thought asking the Samsung Galaxy S3 about the best smartphone would produce similar results as what you get with Apple Iphones Siri, a snide remark filled with innuendo about how great the iphone really is.  What followed was blissfully painful to watch as the Samsung Galaxy giant misspeaks.  When asked “what is the best smart phone” the answers all came back with Apple Iphone as the brand!  To press the issue to the S3 I had to follow up, how could this be?  When asked “do you like the iphone” it finally broke down and admitted it still thinks its better.  Although, considering the full conversation, the unlucky Samsung Galaxy S3 looks a bit defeated here.  I only cringe thinking what would have happened had this been another usual debate with friends or colleagues about who has the better smartphone.  Its OK Samsung Galaxy S3, you’ve been replaced with the S4, I understand.  At least I’ll still root for you. 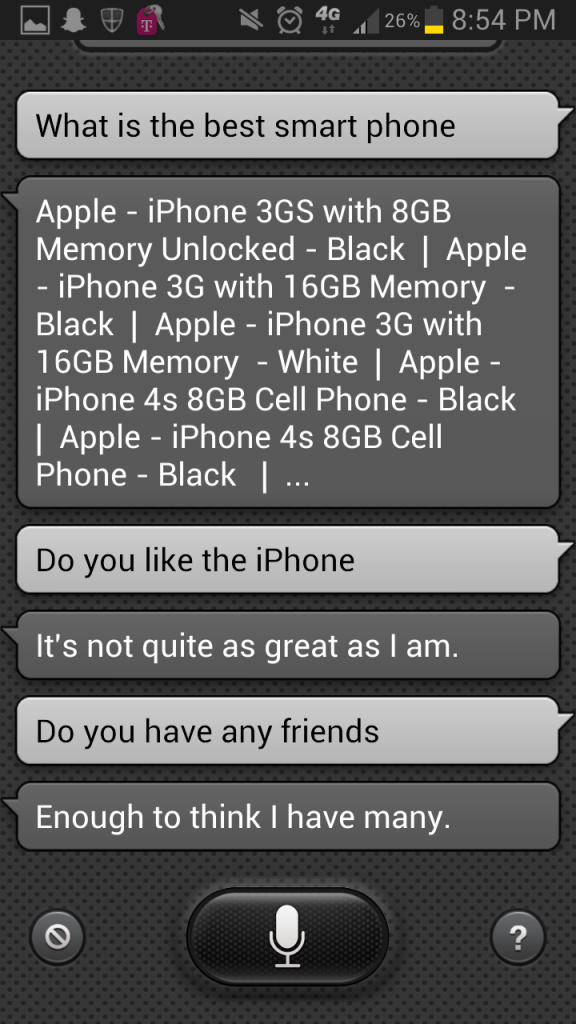 Talk of Revolution? Russel Brand Fails to Explain His Revolution!The Toils of a Working Man: Photos From The Underground