The Great Revolutionary Blog Business Public Transportation: Japan or “The Land of the Rising Sun” and its Railways

Public Transportation: Japan or “The Land of the Rising Sun” and its Railways 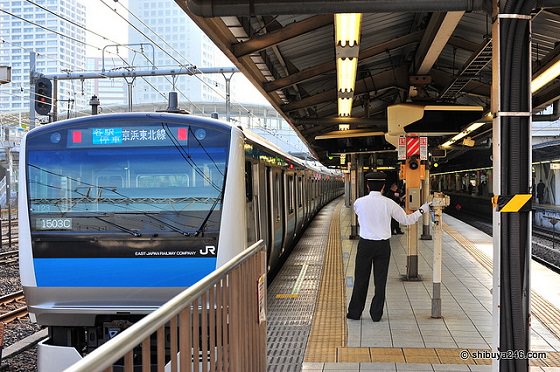 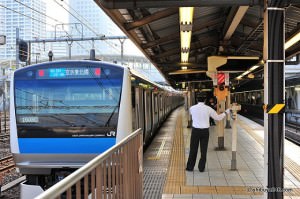 Ever wonder if the U.S. or Asia has the best railway/ public transportation systems. I will focus on the country of Japan and its rail system.

They say the world goes round. Of course, this is obvious, but literally people travel everyday by different means of transportation. Since 2008 and the election of U.S. President Barack Obama, one topic he has always mentioned in his State of the Union to Congress is the means of spending more money in infrastructure, which includes high speed rail and public transportation. Most major cities in the U.S. have some form of public transportation; bus, rail, subway, and etc. While I have traveled to many cities in the U.S. that have a rail system, the D.C. Metro transit lines are probably the most embarrassing public transportation’s in America today. First, this is the capital of the free world, the richest country in the world, yet they have a rail system that are plagued with delays, out dated train cars, and track that does not connect two major international airports: Washington Dulles and Thurgood Marshall Baltimore International airport. I am going to have a couple posts on public transportation, specifically rail in Asian countries. Today, I will focus on Japan. All of these countries I pick, I will do a comparison on my experiences and also reading I have done.  After my analysis on travel by rail in Asia, I will compare it in a later post with another major American cities such as New York, Boston, Seattle, and of course Washington D.C. 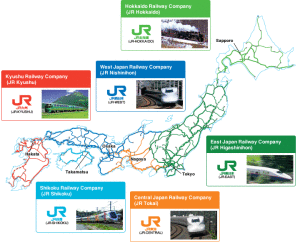 When I traveled to Asia, I was amazed of the rail systems; specifically Japan. The country Japan has one of the major companies that serve the whole island nation; JR (Japanese Rail Corporation). JR rail as of 2013 operates 70 railway lines, 1,688 railway stations, and over 7,000 km of rail line it maintains (http://investing.businessweek.com/research/stocks/snapshot/snapshot.asp?ticker=9020:JP). Although, according to Wikipedia and other sources, there are plenty of other companies that serve all of Japan. The JR Company has invested millions dollars, in fact it just won a bid in November 2013 to invest in Bangkok, Thailand. Yes, the JR Company is investing in other countries to improve Thailand’s rail system. Here is the news below:

Marubeni Corp, Toshiba Corp, and East Japan Railway Co wins $405 million railway project in Bangkok Tokyo. Three Japanese companies announced that they had won a project to install a new passenger railway line in Bangkok, and maintain it for 10 years. Marubeni Corp, Toshiba Corp, and East Japan Railway Co will work togeher on the Purple Line urban railway, a 23-kilometre overhead line connecting Bang Yai, north-west of Bangkok, and Bang Sue, north of the centre. The ¥40 billion ($405 million) project covers 63 railroad cars, supply of equipment for the line and 10 years of maintenance services. The project will be paid for with a yen loan worth ¥79 billion, provided by the Japanese government. Trains are expected to start carrying passengers on the line in 2016. http://investing.businessweek.com/research/stocks/snapshot/snapshot.asp?ticker=9020:JP

However, I have to say to ride JR is a hefty price. To ride any JR rail line you need a Scica card (cute little penguin on the card) which costs you a whopping 2,000 Yen or $20 USD. The actual cost of the card is only 500 Yen, but has 1,500 Yen you can use to travel. Basically, it’s a prepaid card. Traveling on trains in Japan is different too. There are reserved seats or cars you can purchase for an additional cost plus the base fare. There are also cars that Japanese ride after work to do business on. They sometimes set up business meetings or arrange an appointment with an insurance agent. Most Japanese I have witnessed have just rode the standard cars which come with heated seats, clean floors, advertisements everywhere, and people that don’t litter the trains. Also talking on the phone is banned, which surprisingly, people follow these rules. It’s a breath of fresh air compared to the U.S. where people constantly talk on the phone on the train, even if they know the call will drop in like 2 seconds of going into a tunnel. Japanese PM Shinzo Abe at the beginning of 2013 has pledged for his country to spend over $100 billion in infrastructure in 15 months. This is very unrealistic, but sounds very like Japan. I say this because the culture of Japan runs how the government of Japan runs, “BUY IN JAPAN, INVEST IN JAPAN, SPEND IN JAPAN.” However, this article from Reuters explains this troubling investment; an ageing population, low birthrate, and unnecessary spending. When I went to Japan, I have to say they have one of the most amazing road systems, but yet have not been upgraded since the post- World War II era. Japan states it wants to improve these roads due to safety concerns such as earthquakes and tsunami’s (http://www.reuters.com/article/2013/02/21/us-japan-construction-idUSBRE91K1BM20130221). 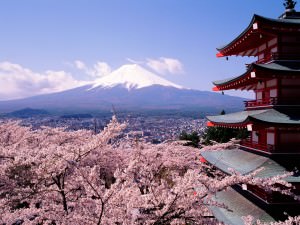 Earthquakes are a daily occurrence in Japan, rather they would be small tremors or large ones, these roads still have with-standed a lot of movement from below the ground. Going back to the original topic of railways in Japan, it is vastly different how trains operate in the Tokyo prefecture area compared to an area that is away from the city, i.e. Mount Fuji. My experience taking the train to Mt. Fuji was an expensive one. Initially, I had to ride the JR rail south of Tokyo for about an hour and a half. Then I had to switch trains to another railway not owned by JR that did not use the Scica cards, but tickets you had to purchase by cash only. Shortly after, I realized there was only one line that goes to and from Mt. Fuji. Where the city limits of Tokyo, each station has at least 5 lines, including a cargo line. Barely, do the trains in the city become delayed, instead JR lines enjoys more than 90% on time arrivals and departures, very high-tech monitors that show when trains arrive and depart, and a safety system that I have not seen like any other city. JR hires employees to stand on the train platform to make sure no one is running before the doors are closing, nothing is caught like bags people before the doors are closed, and during rush hour to pack the trains as much as possible. This is vastly different than the Washington Metro line where you have people running before the doors closed and sometimes get hurt, arguments and fights on the trains, and monitors that are outdated. Washington DC Metro has a lot to learn from Japan, but also PM Abe has to realize Japan is already in a very good position in the world.

My recommendation to PM Abe; this money you want to spend is not foreseeable. It is unrealistic and plainly a waste of money that the Japanese people have to be burden with. However, pouring money into the economy to fix the areas outside the city to upgrade rail lines should be with the standards of the city. People in these villages need to be connected to the globalized world. Sure, it’s fine to live outside the city and be in open spaces and quite spaces, but have limited to access to trains is not the way these Japanese should live. Remember, Japan is the world’s third biggest economy. The economy is still in shambles, but the country is thriving in a sense. The people that are investing in Japan will see a bright and foreseeable future. Name a Japanese company that has failed recently. Japan is enjoying a low unemployment rate, around 4.5%, since it even hires people the sanitize escalators all day.  It is a wonderful country, but it cannot survive on its own resources. PM Abe is a different leader for Japan, a leader that some believe is living in a fairy tale world. Spending money and investing in your own country is important, but how about fixing the unfair treatment of women in the workplace, the unusually high rate of inflation, and especially the nuclear issue that is still affecting North Japan. Time will tell if Japan becomes an even better place to live, or just another country that will have a more drastically low birth rate and a high rate of people migrating out of Japan. Then if this happens, the future of Japan looks dim.

Life Thesis II - Reflections From The GraveIgniting Sparks Inside Your “Box”