The Great Revolutionary Blog Family A Disposition on Failure: Success Has Become Your Greatest Failure (A Letter to Anyone Afraid of Failure)

A Disposition on Failure: Success Has Become Your Greatest Failure (A Letter to Anyone Afraid of Failure) 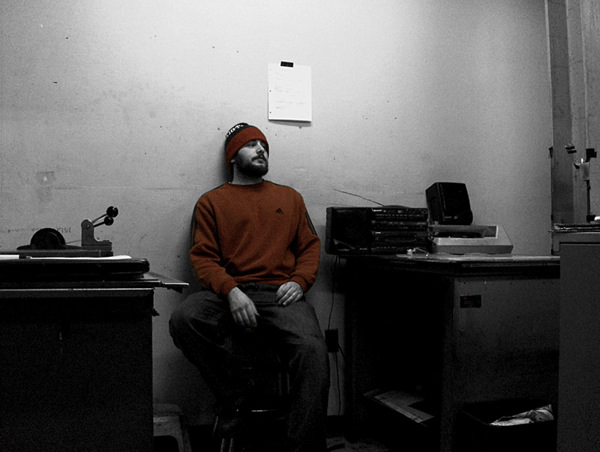 I felt the need to write this letter on failure even if just for the fact that someone needs to.  Stop what you are doing and hear me out, lend a moment of your time.  This is a letter to everyone who is afraid of failure, or has felt that they have failed.  I want to tell you what it means to fail, I want to give you a feel for its repression.

You see failure as I know it in my life has seen one of my best friends pass away.  It is looking back at all the photos and videos and memories that I have stored up in my mind and break inside.  Break from the understanding that not a single breath of mine will ever change the reality that I will never get to see, hear, feel or expect this person again.  But the break is even further, deeper, and more sinister than that.  It is a result of my failure as a friend. 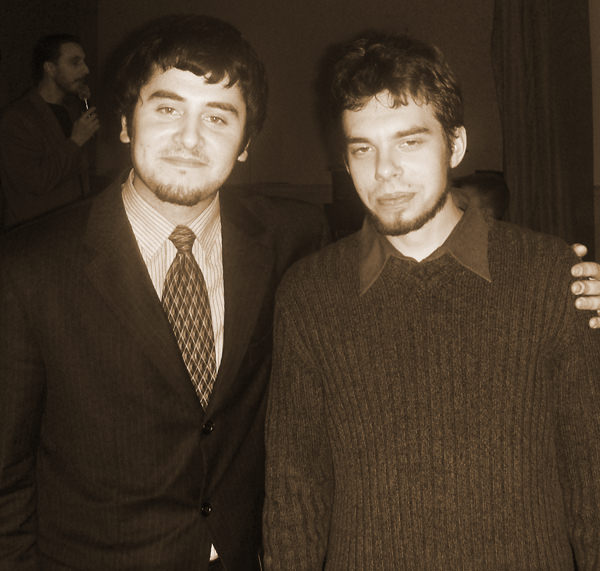 In moments when I could have spent another minute, walked another yard, shed another shirt and prayed one more word I stopped short and took the easy way out.  I expected my friend to pick up the slack and own up.  I was too tired, too wise, too young, too busy.  I loved this person a lot in my mind.  In my actions however, I failed to live up to that love.  Was it that I actually did not like him, or that we were not friends?  Was the reason based on a false pretense of friendship overall?  It absolutely was not the case, not in the slightest.  In fact I enjoyed practically every moment with this person.  Yet in the in-between phases of life when my focus was shifted away from those people in front of me and to things which were somewhere beyond my sight that I had not noticed how my basic requirements as a friend, as someone a person depended on, as someone who was needed for advice and support became distant.  This is failure, and it was my own failure.  There is not a moment that passes by in remembrance that I don’t ask myself if I could have prevented his early departure.  Did it have to happen the way it did?  Was he hoping for a phone call or a note, and would have it made the bare minimum of a difference to subvert him from his eventual destination.  The thing with this failure, is that its real.  These words, these thoughts, these feelings do not correct a single line.  Nothing can be waged in retaliation of salvation of my position.  My failure was a form of treason to humanity, and it came as a blunder of a moments notice.  A moment in which I had not even realized my own short-comings until it was late.  I sit here now, alive and well, wondering what moments we would have shared.  What investment of my life’s happiness would have come back to me from the small single acts of kindness I was supposed to sow then.  How easy it is to lose sight of reality, of true success, of real failure when it lurks waiting to snare your very being.

You see, this letter was meant to be a sort of liberation.  I thought it would have been a liberation for the reader, for that single person sitting in their room wondering the same thoughts, feeling the same stings.  Yet the more I write the more I realize its a healing process of its own in respect to me.

Let me be your failure. 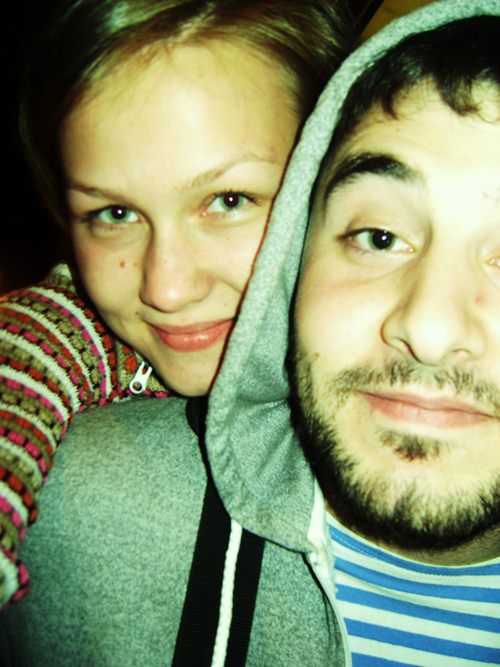 My failures did not end with my friends.  They followed me into my romantic relationships.  They destroyed any good thing I had in my life, any good beginning I may have had.  My short-sighted views had stripped me of people who were ready to stand by my side till’ kingdom come.  I’ve abused love, twisted it, manipulated it, expected it, used it, and disregarded it.  I’m not saying that I’m prone to evil, what I’m saying is that I did not know the correct answers.  When it came time to understand I was filled with doubt.  When everyone else knew the steps to be taken, I had cowered in my thoughts and fear.  Pride did not allow me to stretch my mind and my soul to encompass the wide map of human experience to the point where my words and actions were bearable.  Instead, I became unbearable, intolerable, and quickly dropping in respect.  I mishandled this situation as well, growing aggressive and unresponsive.  Years later I would look back at faces and gasp at what amazing people I had ignored, how much coldness I showed to those showing me warmth, and indifference that I displayed to individuals who went beyond any measure to gain my attention.  I failed to understand love, to understand relationships and to grasp commitment.  This seems to be an epidemic these days.  I know I’m not the only one, but let me speak on behalf of all who have failed here.  This type of failure only leaves you on the sidelines viewing the joy and pride that those individuals now possess in their families, how happy they are with their significant other.

That could have been me I said.

That could have been my amazing family, my great children, my awesome wife.  But I squandered it all to youth and vanity.  I traded a firm foundation for the risks of life, the high road of fast paced actions and little sympathy.  Where did it lead me?  To failure.

However, for many, another failure haunts them more than anything.  A failure so ingrained into our society that it is nearly impossible to ignore it for many.  It is a failure impossible to hide forever and is wide open for all to view and see.  A failure crippling peoples hearts, crippling their minds, crippling their actions.  It is the failure to succeed.  The failure to succeed in all a persons pursuits and endeavors, a success which serves to justify the mindless babblings and prideful tones which we find ourselves under taking.  There is so much fear surrounding failure in this field that many will do everything in their power to cover it up.  They will buy cars in credit, they will try to dress in the fanciest clothing, they will try to find the most out-going friends.  A persona forms to build a wall between your failure and the worlds expectations of you.  We lose sleep over this, act indifferently, misbehave, act out of our own ethics and do everything possible to quench the deepest feelings of absolute despair.  A despair derived from finally facing the reality of your situation, the reality of your absolute human potential and worth.  When you look in the mirror and realize that the music has stopped and the game has been played.  When all your chances have been spent.

We run far and wide away from this moment, some, for most of our lives.  Escaping our failure in the same manner we avoid death.  For facing up to that failure is the death of our built up man, it is the burial of our false mask of success and importance.  It involves admitting that your not the greatest, the smartest, the most potential, the fastest, able, capable, worthy, valuable, needed.  That is the hammer pounding in your chest.  That is the fire which burns everything inside you.  No human being ever wants to feel the helpless emotions that surround them when they begin to feel that they are no longer needed, that they are no longer looked up too, they no longer matter – they are alone.  This is the dark closet of human existence, our crucible.   And this feeling is only valid when our entire human worth is built up on our misconceived notion that we are only worth anything, that all our value is concentrated in us succeeding.

Success, has become your greatest failure.

It is here that I put myself on the grinding block of life.  To say that I have walked this path, that I have failed, practically everywhere.  And that feelings of my failure trail me, scolding me for my weakness and feeble-mindness.  I could be better after all.  I don’t have to always wonder “what if” and think about “one day”.  These are realistic goals, these are realistic achievements.  To become who I was meant to be and to dream like I have most of my life.  We must allow our old man to die to give birth to a new man.  One who no longer feels the fear of failure.

This is a disposition on failure.  My failures as a human being.  The guilt associated with failing and the lessons that come with it.  It is important to remember that not all our failures can be undone.  But when a failure cannot be undone, it is important to accept that fact.  Grow.

When you have failed hard in life, look back at this post and remember there are people all around the world who have failed likewise.  There are really serious faults you may have committed which cannot be undone.  There can be life-changing decisions you passed the incorrect judgement on.  Failure is an extension of life, not the sum of it.  Stop allowing failure to take dominance in your priorities, in your logic and your self-worth.  You must find liberation in your failure and struggle.  You must find your solution.  In conclusion to the deep agony that many feel in failure and the fear of failure, I have solace in studying the concept of grace and salvation as given to us by God.  You see, all our failures are only valid in the corrupt human nature.  However, there is one authority which is not subject to the whims of flesh and bone.  God has a plan for everyone, a purpose for each individual.  Your failure comes from your denial of this plan and avoidance of it.  It does not have to be this way.  Failure at the end of the day is the denial of God’s path for you, which is filled with love and fore-knowledge.  What is a practical example of this?  God calls on us to help the poor and heal the sick.  He calls on us to expand his love to other people and seek the higher purpose in life.  His teachings tell us that a humans vindication does not come from works or his achievements but from his submission to God’s will.  Those who submit receive an abundance of blessing, and those who fight and quarrel against it, find a road of destruction and denied happiness.  I lost my best friend, I’ve lost close relatives, and I’ve lost many opportunities which were meant to help me.  I lost them because I lost sight of what is important, I lost sight of the main prize.  I thought the worlds weights would find me of significance.  And I was wrong.  I encourage each person to stop repeating the mindless toil of everyday and embrace the concept of living for others and enhancing this world.

Give yourself up, and with it, all your failures.

Undisturbed Silence Did someone say internship?! A weekly insight into living in Washington D.C.